Seishinkan Iaido and Jodo Dojo
Iaido - The Art of the Sword
Iaido is both a classical and modern Japanese martial art, associated with the smooth, controlled movements of drawing the sword from its scabbard or Saya, striking or cutting an opponent, removing blood from the blade, and then resheathing the sword in the scabbard.
Like most martial arts, at the heart of laido lie the Kata or forms. In fact it would be fair to say that few martial arts focus on the study of the Kata more than laido. Once basic postures and positions have been learnt, students progress to understanding Kata.
These Kata contain a sequence of movements based around certain skills with the sword, which ensure the natural sword play is in harmony with the body movement, the mind and the spirit.
Most laido Dojo's will be part of a characteristic style or school. In addition to this, this dojo as well as others in the British Kendo Association practice a set of basic forms known as the Seitei Kata or standardized forms, although today these are more usually known as All Japan Kendo Federation Iaido Kata. These will be explained in the following section.
The Katas of laido contain four fundamental elements or components which exist in all Kata in one form or another.
They are; 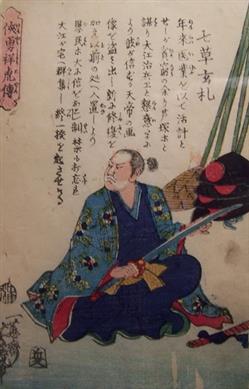 How Iaido helps the individual
The martial artist who trains fully and correctly, directed by a Sensei, will develop an ability to recognize difficult situations and avoid them before they become a serious matter, or will maintain a state of mind and body that will not offer opportunities for an aggressor. This is the true meaning of laido.
The Kanji (character) 'I' can also be read as 'ite' and ai' as 'awasu' in the phrase Tsune Ni ite kyu ni awasu' which means: wherever you are and whatever you are doing, always be prepared.
To be prepared means to have a state of awareness, derived from rigorous training, so that if necessary a decisive technique or action can be used to end a conflict.
Do you have confidence when a friend lets you down? Can you deal with crossing a road when a car appears 'from nowhere', or something falls on you as you walk along the street? Is your body sufficiently balanced and your mind sufficiently clear to deal with these situations to remain safe?
All of these are examples of self-defence, and all as important as the superficial interpretation of self-defence equals fighting. Kata is a profound and lifelong pursuit of development.

Japanese Sword
The Japanese Sword is an object of great beauty and one which is said to carry the soul of the Samurai literally. Unlike most weapons, the Japanese sword was deemed so important, that if a Samurai lost it then his life was meaningless.
Today there are a number of different types of Japanese sword available to the practitioner.
Beginners usually start with a wooden sword called a Bokken or Bokuto.
After completing their initial introduction they will then move on to laito which is an alloy based metal sword without a sharp cutting edge, although the tip point is still dangerous.
Then after a number of years and with sufficient experience and practice behind them, will progress to a Shinken, which is a forged modern blade made either for cutting practice (Tameshigiri) or Kata practice; the only discernible difference being whether the blade has a blood groove in it or not.
Some students may be lucky to inherit a real" blade which has a registered sword smith name engraved on it or might have been used in the second world war by an officer in the Japanese army. These are usually very rare circumstances and for most practitioners turn out not to be really suitable for laido practice; this being due to either a very short length or no real balance in the blade itself.